If you want your creative to hit the mark, you need to test your designs, no matter the media. That’s why we’ve added support for MP3 and MP4 files to UsabilityHub. 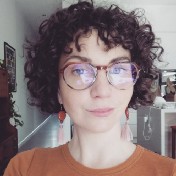 In the wake of various high profile sexual assault scandals, in April 2021 the Australian government launched a series of educational videos about consent for young people. Expecting praise for their investment into addressing this serious problem and their ability to communicate effectively with younger audiences, the Department of Education, Skills and Employment instead experienced a wave of blowback from social media, mainstream media, and international media that indicated that their campaign did not, in fact, “hit the mark”.

One particular video, which features two people drinking milkshakes, has drawn the bulk of the criticism, with commentators singling out the confusing messaging, inappropriately comedic tone, poor casting and acting, age-inappropriate writing/references, and overall cringeworthiness. The responses have ranged from confused and disappointed to outraged and angry.

Consent is not a Wes Anderson flick, pals.https://t.co/fuCczeIuI3

The videos were removed from the the official campaign website within 24 hours of launching, but the commentary has continued well beyond that period. Perhaps there’s no such thing as bad publicity, but there is certainly such a thing as eroding trust in public institutions.

$3.8 million for those appalling consent videos? I am utterly amazed. Where did the $ go? Not on production values, set or location. Not on cast, script or direction. I thought only excuse for how bad they were was that they’d been made for peanuts. For this budget? Inexcusable.

Consent is so important. Improving consent literacy through education, dismantling rape culture, and supporting victims to speak out and seek help are all critical, especially in the current cultural moment. We can’t help but think that a campaign as important as this should not have failed as dramatically as it did.

Like UI design, video and audio designs require feedback. If you want your creative to hit the mark, you need to test your designs, no matter the media. That’s why we’ve added support for MP3 and MP4 files to UsabilityHub.

Testing video and audio on UsabilityHub

For video and audio especially, your audience may only hear or see your work briefly, and once, which means your message must be crystal clear. Testing comprehension becomes critical. You may also want to ask questions such as:

Getting these answers before you send for final approval could give you the key to success or save you from failure. You don’t even have to wait until your creative is rendered. Savvy creators start asking these questions at the very early stages of production for best results.

How to test video and audio

You can test videos and audio files with design surveys and preference tests on UsabilityHub. Design surveys are perfect for testing comprehension, testing user expectations, and following up after other sections.

Our platform supports JPG, JPEG, GIF, PNG, and now MP4 and MP3 files, allowing you to test anything from logos and print ads, to animation and explainer videos, and anything in between. Simply upload your creative – static or dynamic – and start crafting your questions.

Preference tests allow you to test one asset against another, which can be helpful when you’re refining your creative or choosing between concepts. Participants watch your media in full and choose a preference, and you can dig deeper with follow-up questions to understand the “why”.

Want to see it in action? Take this test we created with the infamous milkshake video to see how simple it is to check things like tone, jokes landing, and references before you send your creative live.

Get feedback on your creative with our 200K+ panel to avoid acute public embarrassment, especially if you’re working on a campaign about something as important as consent! It’s free to sign up for UsabilityHub and you can get responses from real people in the time it takes to make a cup of coffee.

🥛P.S. If you’re the agency responsible for the milkshake campaign, get in touch — we’d love to offer you free use of our platform and a batch of credits to help you test your next one.

Over 100,000 designers, marketers, researchers, and UX professionals use UsabilityHub to take the guess work out of design decisions.

Try it for free